If you live in India, you’ve no doubt heard of the brainchild of PM Narendra Modi’s government, the ‘Swachh Bharat Abhiyan’ (English: Clean India Mission). Similarly, pretty much everyone in the corporate world has heard of CSR.

With the advent of Swachh Bharat and related legislation, corporate establishments in India have embraced the concept of active social responsibility. Let’s take a closer look at Swachh Bharat and CSR in India.

What You Should Know About Corporate Social Responsibility

CSR is a corporate initiative by which companies assess and take responsibility for their impact on things like the environment and social welfare. It’s more than simple charity, and involves a shift in the company’s operations towards the objectives of social, environmental, and economic improvement.

This policy works as a corporate conscience, where self-regulation is incorporated into the business model itself. CSR helps corporate institutions function within the spirit of the law, ethical standards, and international norms.

How CSR Is Connected To Swachh Bharat

The 2015 budget announced a 100% tax exemption for companies donating to the Swachh Bharat Kosh or getting involved in the Clean Ganga campaign.

Based on the new Companies Act of 2014, companies with a net profit of INR 5 crore, a turnover of INR 1000 crore, or a net worth of INR 500 crore must invest at least 2% of profits in Corporate Social Responsibility schemes.

With the onus on them, corporate institutions have been responding by taking steps to improve conditions in areas like livelihood enhancement, rural development, setting up public libraries, development of traditional arts and crafts, and protection of national heritage.

Response To The Swachh Bharat Call-To-Action

Various top businesses have risen to the occasion and taken up their own corporate responsibility initiatives.

Tata Consultancy Services (TCS) set aside INR 100 crore in 2015 to build a total of 10,000 school toilets for girls as part of the Swachh Vidyalaya Scheme (a part of the Swachh Bharat scheme). This was in response to Narendra Modi’s request on Independence Day, when he said, “I call upon the corporate sector to give priority to the provision of toilets in schools with your expenditure under corporate social responsibility.”

Some other companies take up the awareness cause, as a lack of awareness is the major reason 60% of the sizeable Indian population still defecate in the open. The Adani Foundation, the non-profit wing of the Adani group, spreads awareness about the importance of toilets in villages. The company had also spent over INR 15 crore to supply materials for 4000 toilets in the 8 years leading up to 2015.

Reliance Industries Limited (RIL) was the highest spender on CSR in 2015, with a whopping INR 760.5 crore spent on CSR activities. This was INR 454 crore above the mandated 2%. Most of this was spent on building hospitals like the Sir H N Reliance Foundation Hospital and the Dhirubhai Ambani Hospital. 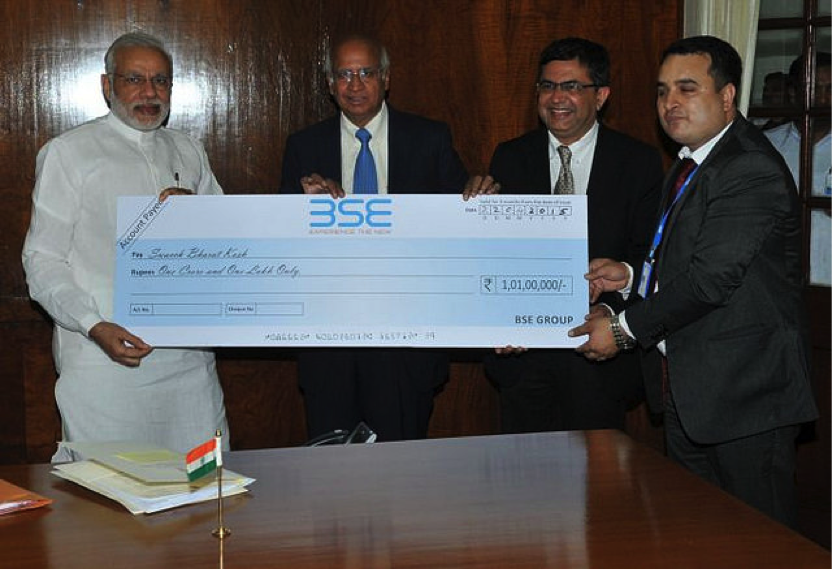 Coal India, TCS, and Infosys were among the other major CSR spenders in the nation.

Most companies tend to invest in CSR activity around their area of operation, and states with a sizeable corporate presence such as Maharashtra, Gujarat, Delhi, Tamil Nadu, Karnataka, and Andhra Pradesh were the biggest beneficiaries.

Some companies, like Axis Bank, chose to spread their CSR budget across the country.

This spate of activity in the inaugural year of the Swachh Bharat-CSR relationship have shown that corporate India can do a lot to develop cleanliness, education, and other social standards across the nation.

Previous: Consortium funding for the Non-profit organisa ..→
Next: CSR And Sustainability: Splitting Hairs →